Join us for our monthly meeting when expert Charles Komanoff will
explain the complexity of congestion pricing, an international solution
to urban emissions. And we’ll get updates on our many current campaigns.
If you’re not already involved in one, you can see which one you want to
join.

As always, come early to mingle with your fellow 350Brooklyners! 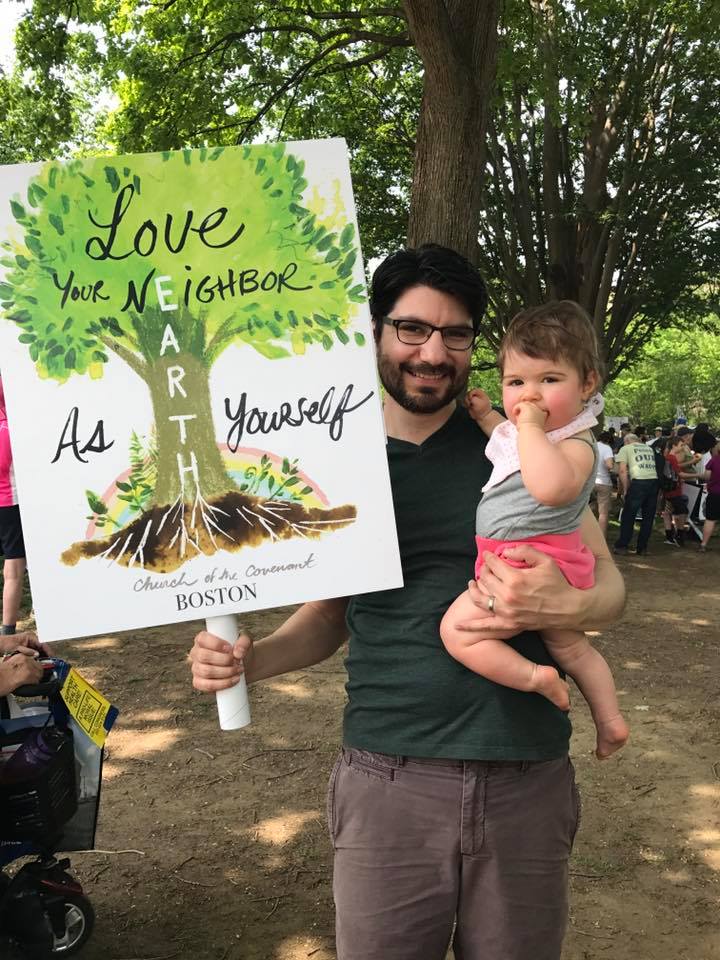 Are you a parent feeling the urgency over climate change but lacking
the time to do much about it? Do you have a child who’s asking what they
can do to fight for a greener future? 350Brooklyn Families is for you!

We are creating 350Brooklyn Families to make it
possible for more families to get involved through child-friendly
actions and events. We plan to organize a kick-off meeting on a weekend
very shortly. In the meantime we hope you can join us for our first
action on March 15th – the Williams Pipeline rally and press conference.
Read more below.

But shouldn’t my children be in school? Well actually…on March 15th
there is also a nationwide school strike planned as youth across the
country push for more climate action from our government. Since there is
one at 12pm at City Hall, right after the Williams press conference, we
plan to stick around for that. Learn more about that below.

Please join us for either event or both. No time to make a sign? Just
show up! Got a kid who loves crafting signs? Bring a spare!

if you’re interested in joining 350Brooklyn Families and hearing more
about future actions.

11 am, City Hall
Rally and Press Conference to Stop the Williams
Pipeline

Friday, March 15 is shaping up to be a big day on the Climate Activism
front in New York City.

At 11 am, the Stop the Williams Pipeline Coalition will
have a rally and press conference at City Hall. In December the
coalition delivered a petition opposing the pipeline signed by 210 New
York climate, labor, civic, and religious organizations to Governor
Cuomo. In January, we brought petitions signed by over 14,000
individuals to Albany. And now we have a letter signed by more than
three dozen of our elected officials urging Governor Cuomo on behalf of
their constituents to STOP THIS PIPELINE! Join in and shout out your
opposition to the Williams pipeline!
Learn more.

And then at 6 pm, 350Brooklyn will join the community group
UPROSE who will lead a demonstration against a rezoning
proposal for Sunset Park. For years, Uprose has been leading the fight
for a waterfront that would be the center of renewable energy with good
green jobs in NYC. Meet at 36th Street and 4th
Avenue in Brooklyn.
Learn more. 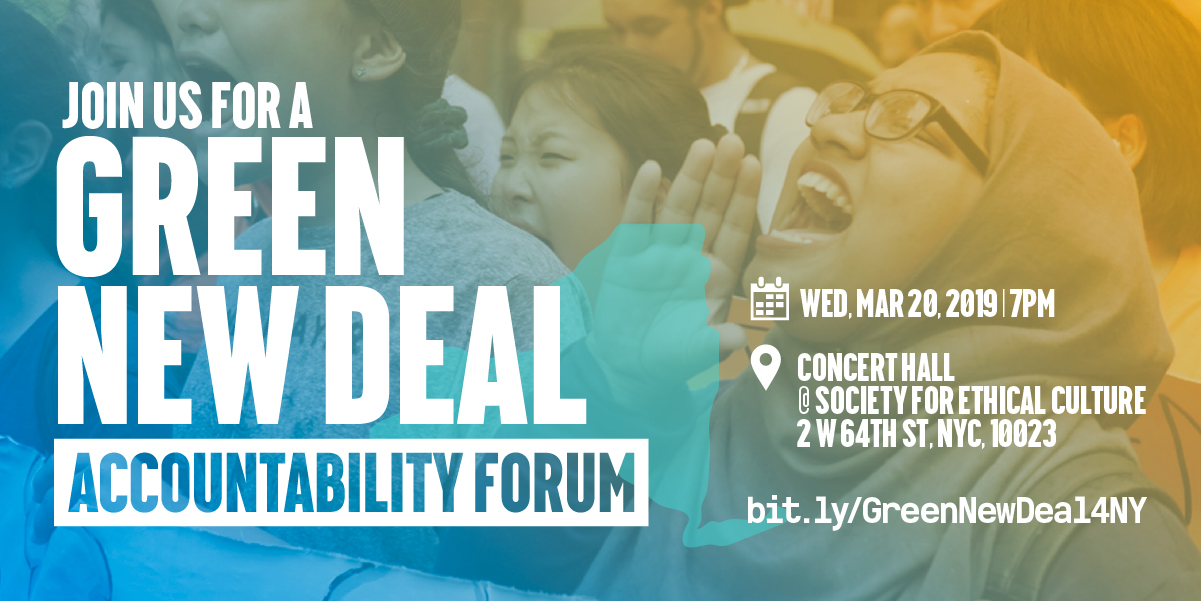 #PasstheCCPA Office Visits
March 21
This week, we passed 32 co-sponsors in the NY Senate on
the Climate and Community Protection Act, which sets a path to the
highest standard nationwide for reduction in greenhouse gas emissions –
100% of human-caused climate pollution eliminated by 2050 from all
sectors!
The majority of State Senators officially support the bill!

But we’re still at risk of the CCPA not coming to a vote.

On March 21, City and State elected officials will participate in a
town hall to answer questions about their plans to address the accelerating
climate crisis. Governor Cuomo and City Comptroller Stringer have
confirmed their attendance, and others will no doubt confirm in the
coming days. We’re looking for a packed house to demonstrate to Governor
Cuomo and all our elected officials just how critical we think rapid,
effective action is.
RSVP for the forum.

And there’s more you can do. Visit your senator at their local office
on March 21.
We’re going to visit our Senators at their local
offices in a statewide day of action on Thursday, March 21 – and demand
that they bring the CCPA to the floor for a vote.
Sign up now for a #PasstheCCPA office visit near you on March
21.
We can move our state to a 100% renewable energy economy, create
hundreds of thousands of good, green jobs, and channel investment into
communities that have been hit the hardest by climate change and
economic inequality.
Our representatives work for us, so let’s hold them accountable to
bold action. Together, we can win this.

Have fun, make political art and new friends in preparation for the
Green New Deal Accountability Forum on March 21!