It’s been a tumultuous week. As the new administration has begun to act on some of Trump’s most inhumane and hateful campaign promises, it has been inspiring to see New Yorkers show up. When immigrants are unlawfully detained, when we need to stand with refugees and Muslims, and when our most cherished values are threatened, we show up by the thousands to let Trump and all our elected officials know we won’t stand for injustice. They’re listening, so take care of yourselves and keep showing up. 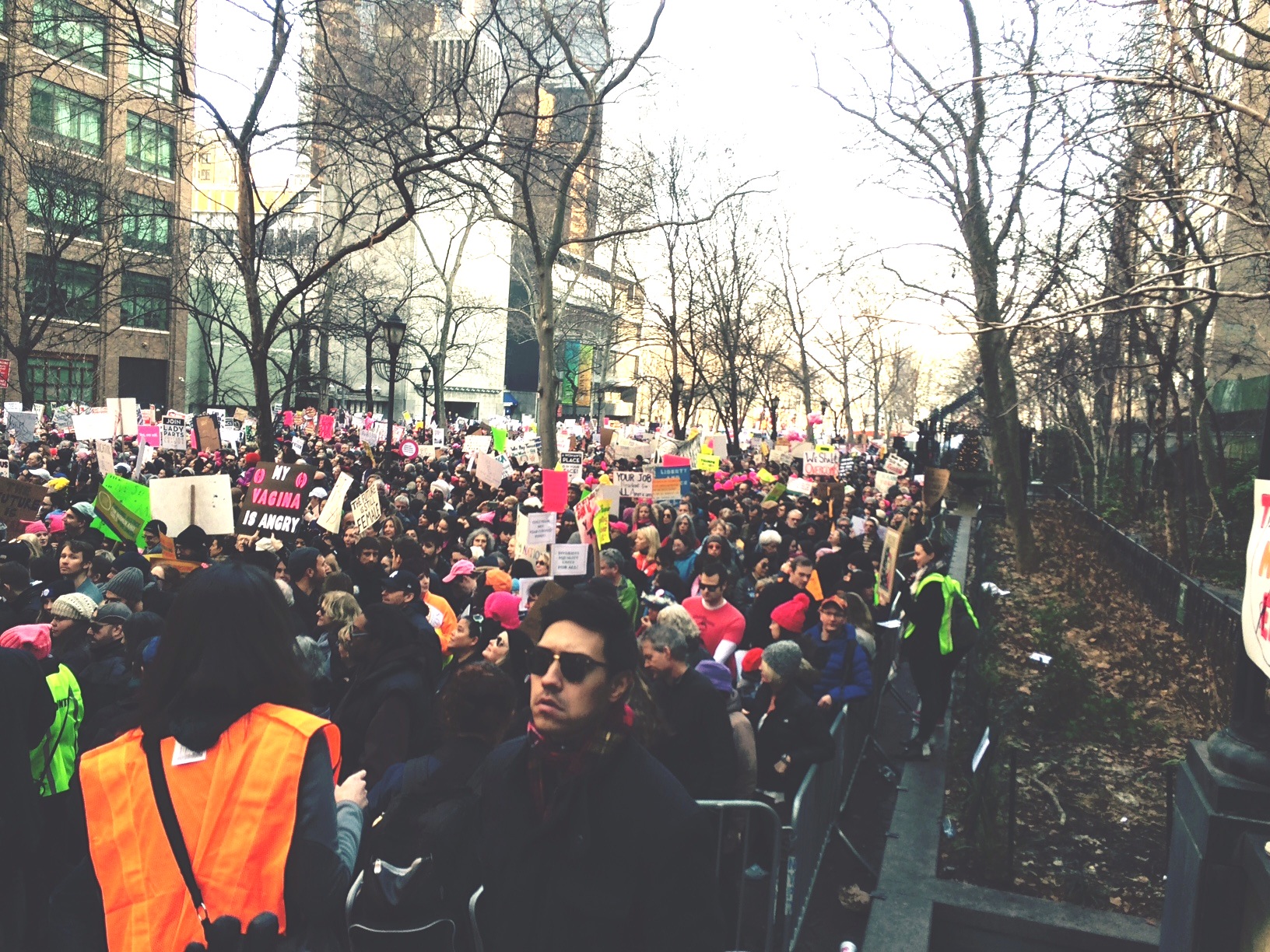 Sign: Stop Spectra Recently, the Federal Energy Regulatory Commission (FERC) gave approval to begin construction on Spectra Energy’s Atlantic Bridge. However, they do not have water permits to proceed from New York State. It is more urgent than ever that we get signatures urging Governor Cuomo to reject Spectra Energy’s Pipeline. Help put this over the 10,000 signature mark and sign here.

Rally: Urge Senator Schumer to Resist Trump
February 2, 12pm-1pm,
780 Third Avenue
On February 2, New Yorkers will rally at Senator Schumer’s offices across the state urging him to resist Trump’s agenda! As the nation’s top Democrat, Senator Chuck Schumer must stand strong against Trump’s catastrophic Cabinet appointments and his climate-destroying plans. For more information or to RSVP, please email or call 347-778-2743.

Learn: Monthly Meeting, February 9, 7:30pm, Brooklyn Commons
388 Atlantic Avenue, Brooklyn, 11217
We’re meeting in a new place on a new day of the week. On Thursday, February 9, Jeremy Cherson from Riverkeeper will speak to us about the Pilgrim Pipelines and what we can do.

Can you come to Albany February 13? New York Renews is planning to pack the NY State Legislature with 200 people at the upcoming Environmental Conversation budget hearing in Albany at 9:30am on Febrary 13 (all travel expenses will be covered). 350Brooklyn is part of NY Renews, a coalition of more than 100 climate change organizations that are pushing Cuomo to be a true leader on climate by taking aim at the budget process. They are working on getting some of the Climate and Community Protection Act included in this year’s budget and set into law, specifically: elimination of climate pollution from all sectors by 2050, minimum 40% of energy funding to EJ communities, and fair labor standards. We need people! Come participate in the political process in action! If you are able to attend please email: "> and we will get back to you with details.

What We’ve been Up To

Frontline Communities Workshop
On January 11th 350Brooklyn, with partner organizations WeAct and FUREE conducted a workshop for public housing residents in Gowanus on the causes of climate change. The event was organized by the 5th Avenue Committee, which has been working with NYCHA residents of Gowanus, to build community resilience to the threats of climate change. Gowanus, where residents endured the destruction of Hurricane Sandy, and many remained without heat and electricity for months, is often called a frontline Community, a community that is coping with the ravages of climate change and environmental destruction. From the Dakota Sioux fighting the contamination of their water  supply, to the east Texas Latino communities who live in the shadow of oil refineries and have unprecedented rates of cancer to the residents of Peekskill, NY that watched their front yard bulldozed to put in the Algonquin Pipeline: our country is full of Frontline Communities and we should do all we can to assist them.

Film Screening and Call In
On January 13, at Park Slope United Methodist Church, 350Brooklyn led an information session and discussion session following a screening of “The End of the Line”, an inspirational film about successful community organizing to stop the Bluegrass Pipeline. We spoke about the Pilgrim and Spectra AIM pipelines and followed the discussion with a call in to Governor Cuomo urging him to deny the Pilgrim Pipeline’s right of way permit. Stand up to the pipeline and take action now.

Retired Teachers Urged Pension to Divest
Five retired teachers along with a fifth grade student testified at the Teachers’ Retirement System of New York City meeting, urging trustees to divest from coal, oil and gas. Our own Mimi Bluestone spoke, saying: The purpose of TRS is to assure today’s teachers that they can focus on educating today’s students because their financial future is safe. Yet the future for our teachers, our schools, and our students is far from safe if we continue to invest in the companies whose profits spell disaster for our city and our planet. 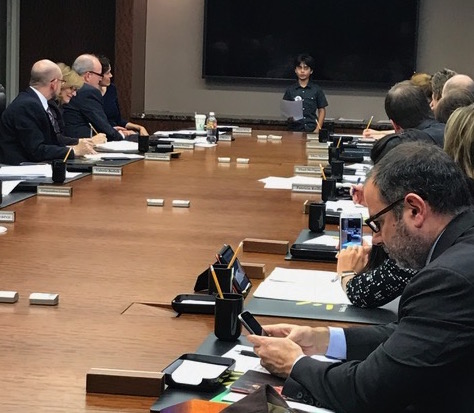 Women’s March
350Brooklyn members participated in the Women’s Marches in New York and Washington D.C. on January 21, along with millions of others around the world. 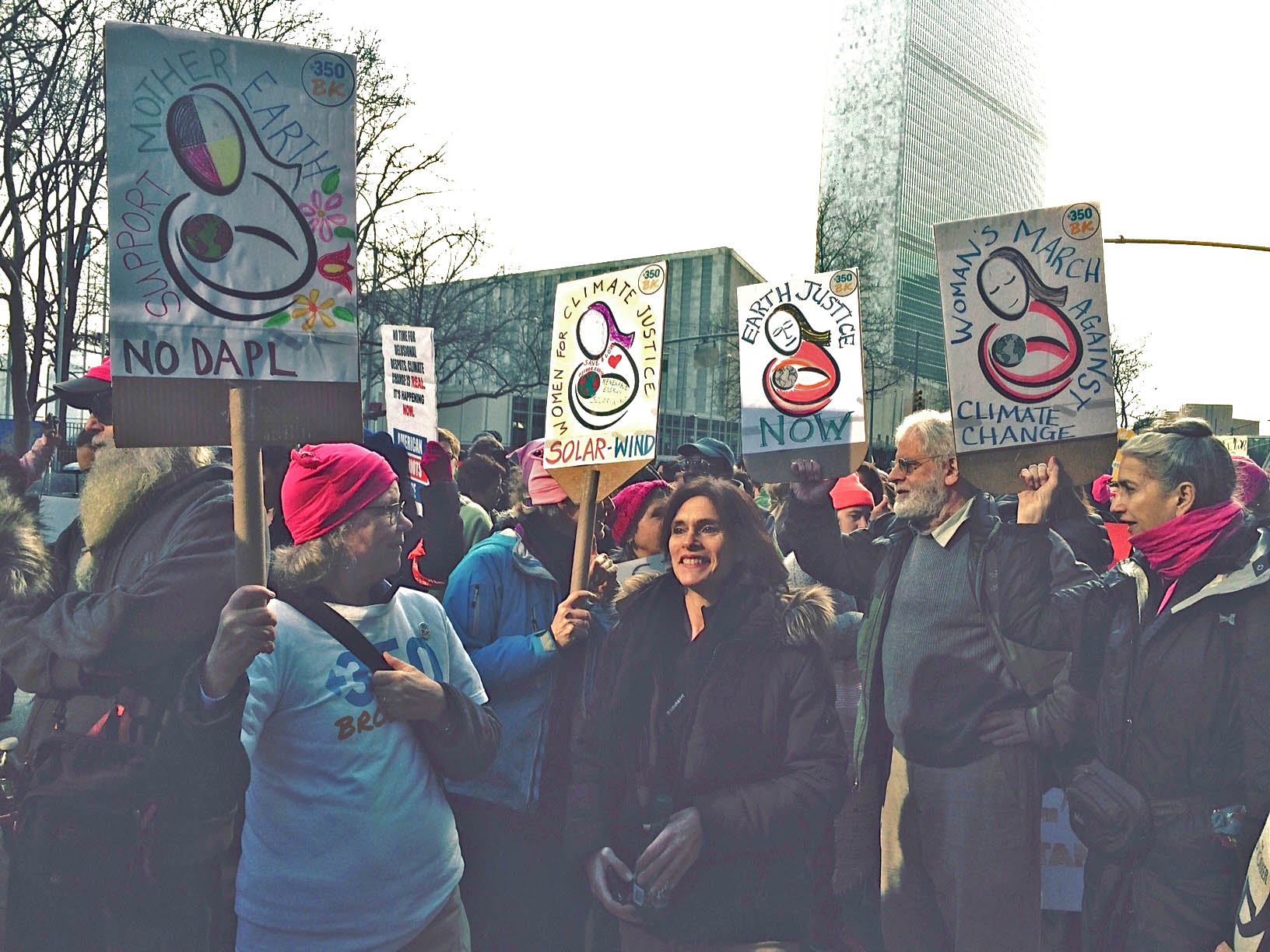